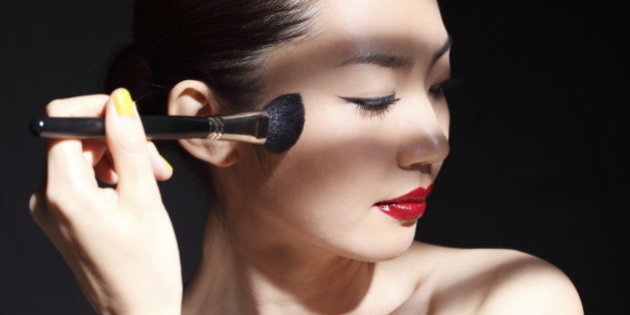 While the Asia Pacific region is the largest beauty and personal care market in the world, in the U.S., Asian Americans have also risen to become a leading consumer force that drives exciting growth and change in the beauty market.

Asian Americans over-spend in almost all beauty categories – 70% more than the average share of the U.S. population on skincare, just for example. At the same time, K-beauty and J-beauty brands have brought numerous novel beauty concepts and products from Asia to the U.S. that are shaping the way America treats its skin.

Yet, there’s barely any research information on Asian American beauty shoppers, which handicaps beauty brands from understanding the needs and wants of this dynamic consumer group. Admerasia is the nation’s first to conduct a set of comprehensive research studies that laser focuses on the mentalities and behaviors of today’s Asian American beauty shopper. The study includes a nationwide online survey that covers the largest Asian American ethnic groups such as Chinese, Korean, Vietnamese, Asian Indian and Filipino, as well as 2 consumer focus groups and 4 interviews with Asian American beauty influencers and industry experts. Results of our study vividly illustrate how Asian Americans’ bilingual cross-cultural identity and rising cultural confidence define their aesthetics and beauty shopping preferences.

Here is a preview of some interesting findings:

– When it comes to skin tone, 64% of recent Asian immigrants prefer a radiant ivory complexion while 71% American-born Asians prefer a healthy tan, reflecting the cultural nuances between East and West beauty aesthetics.

– 61% have their hair dyed, with ombre brunette being the favorite color scheme. However, blond is particularly prevalent among American-born Asians, typically as a visual statement for breaking stereotypes and standing out from the crowd.

These statistics are only a tip the iceberg of our research findings. If you are interested in accessing the full report or discovering opportunities for how your brand can capture this audience group (a truly lucrative business opportunity!), please drop an email at selinag@admerasia.com. We would love to chat!

Julia Kang, Account Director, spoke on behalf of Admerasia, “It’s a true honor to be recognized from the 3AF organization as we continue to tell impactful stories that can empower and positively influence the Asian American community and beyond. We constantly strive and hustle to think outside of the box and explore bold ideas for our market to become part of a greater conversation.”

Congratulations to our team and partners at State Farm and Twin Marquis. We could not be more proud! 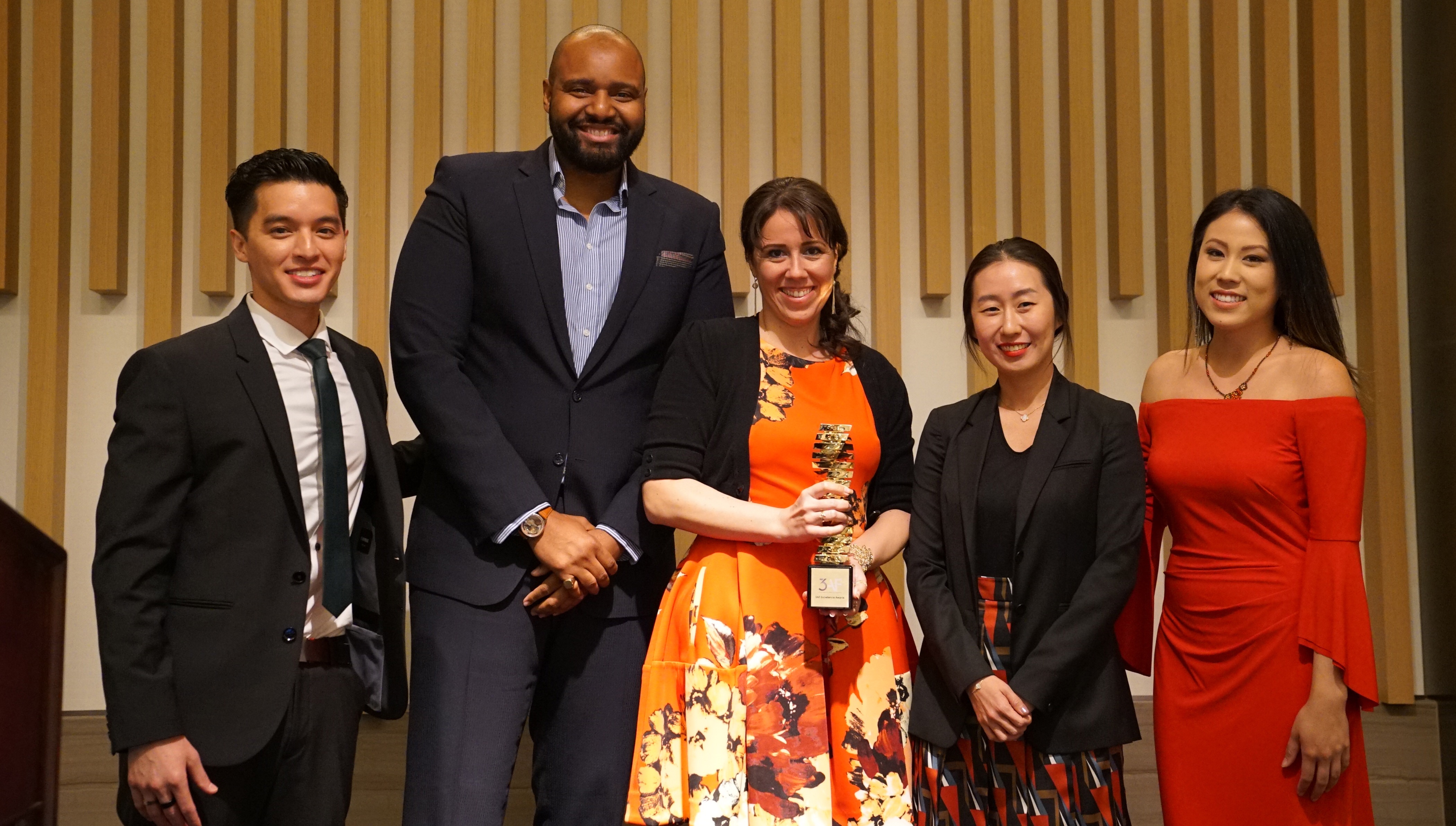 The 2019 Diversity and Marketing Leadership Summit, hosted by Asia Society, was an enlightening and educational exploration on the ascending Asian American consumer. We learned so much from trailblazing leaders in business including those women who push back on the ceiling. One of the reoccurring takeaways from the summit was diversity – learning the nuances that every culture and people express which will create more authentic connections. Try something, take bold steps, use failure as a learning tool, and lead in trends, not follow. 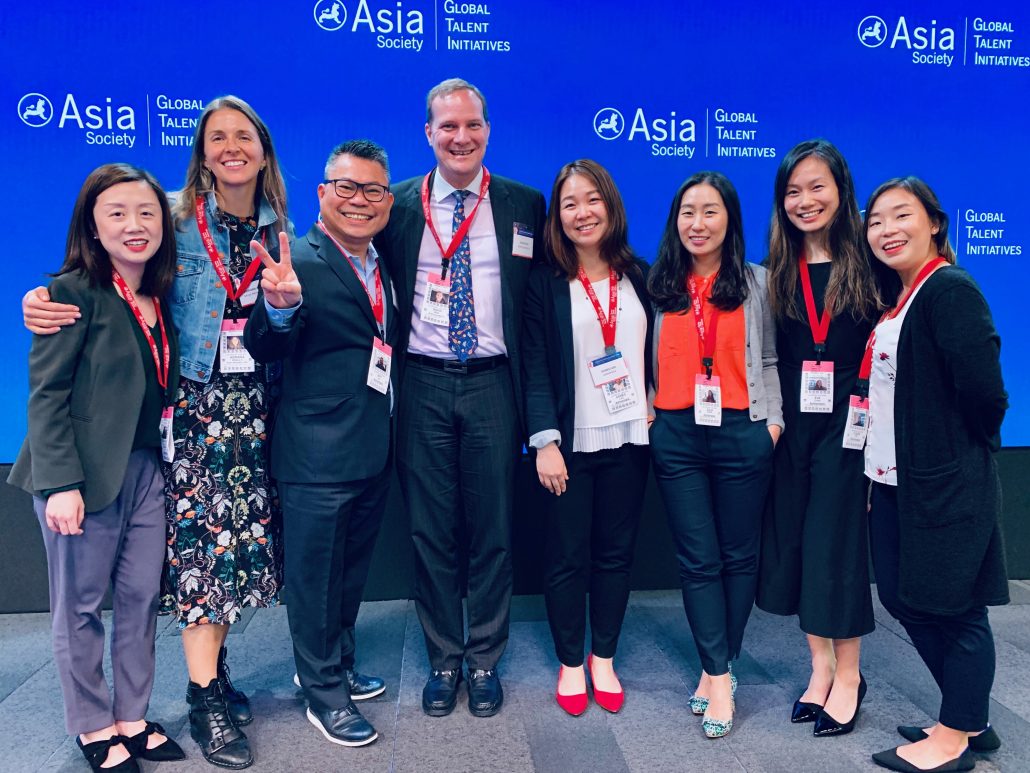 As the grand finale of the two days festivities, our co-founder, Jeff Lin, moderated panel, Women Executive Leadership: The Power and Rise of the Asian Consumer: Transforming the Way We Do Business with Jennifer Hsieh, Marriot International, Chloe Lim, Facebook Singapore, and Tina Mahal, PepsiCo.Our. The panel discussed such topics as breaking through both Asian and American barriers, the staggering buying power of Asian American consumers, and where we’re headed in the future. They enjoyed their discussion over a bottle of Art Bus Red from woman-owned, La Sirena Wines, who’s owner, Heidi Barrett, is one of California’s leading local winemakers. 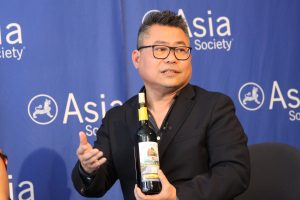 We are incredibly grateful to Asia Society for having us and look forward to more collaboration in the years to come.

Asia Society is the leading educational organization dedicated to promoting mutual understanding and strengthening partnerships among peoples, leaders and institutions of Asia and the United States in a global context. Across the fields of arts, business, culture, education, and policy, the Society provides insight, generates ideas, and promotes collaboration to address present challenges and create a shared future. 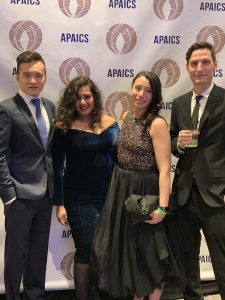 We had a fantastic time at the Asian Pacific American Institute for Congressional Studies (APAICS) Gala in Washington DC. We witnessed inspiring messages from our country’s leaders matched with ambitious and intelligent young Asian Americans who, one day, will lead this country as well. Speakers included, US Senator Tammy Duckworth of IL, Rep. Ted Lieu of CA, and Speaker of the House Nancy Pelosi, not to mention a long roster of fantastic individuals paving the way for Asian representation. We had a chance to shake hands with some amazing folks pushing forward representation and diversity in industries across America.

We thank APAICS for having us and look forward to spreading their message all year round.

State Farm’s latest campaign is about cricket, but not like you’ve seen it before.

South Asians loving cricket is hardly a secret. Introduced to the subcontinent by the British, it’s now one of the most popular sports in the region and most South Asians, whether in United States or back home, grow up watching or playing cricket. So, it’s no surprise that the sport is on top of most marketers’ playbook when trying to reach out to South Asians, and in particular, an Indian audience. Especially, in time for the Cricket World Cup – it’s few weeks away and happens once every four years – a marketing game plan to channel the excitement and energy that comes with the tournament is a win-win.

That’s why when it came to crafting a theme for this year’s State Farm campaign, we decided to turn to this sport that echoes with so many Indians and their emotions. But instead of engaging with tired or overdone tropes we’ve seen many times before, we hit upon an insight that most Indians in the U.S. can relate with: rooting for your favorite cricket team while living in a country where, for most people, cricket is an insect that refuses to be quiet at night. For its fans, each cricket season comes with a reminder that being a fan of the sport in the U.S. can sometimes be a challenge. Our newly launched State Farm spots, Cricket Crashes and Commercial Breaks, engage with that distinct longing for your fandom — something rarely expressed in either mainstream or multicultural advertising – with humor and empathy. Both ads feature Jinisha Patel, a real-life State Farm agent who understands Asian Indians’ love for cricket and that you can’t miss a single second of a match, especially when India is batting.

Cricket Crashes, the 30s spot, brings to life a distinctive yet familiar story of Ankur, a cricket fan who misses watching cricket with his friends in India. With humor, the ad plays up his predicament of being a cricket fan in the U.S. Everyone in his new home seems to watch either baseball or basketball, in stark comparison to India where cricket is practically a religion. Served with a healthy side of nostalgia, this spot takes the viewer on Ankur’s journey to search out fans who love cricket as much he does.

Commercial Breaks focuses on an intense, yet completely relatable, aspect of being a cricket fan — taking calls only when the commercials are on. The unique 15s ad tells another amusing story when Ankur has ‘literally seven seconds before the commercials end’ to speak to his State Farm agent – a rather meta take on commercial breaks told through… a commercial. However, Jinisha Patel, the real-life State Farm agent, is here to help in whatever way is needed, even if that means getting straight to the point.

In Commercial Breaks, Jinisha understands why cricket fan, Ankur, can’t talk on the phone when the game is on and in Cricket Crashes, she recognizes how the first cricket season away from home can be tough. She does more than help you through your insurance needs – she gets you.

Cricket has always been a direct and rather effortless way to connect to Indians. But despite its ubiquity in multicultural marketing, there are still ways to keep it fresh and interesting. Our latest State Farm campaign is a case in point.