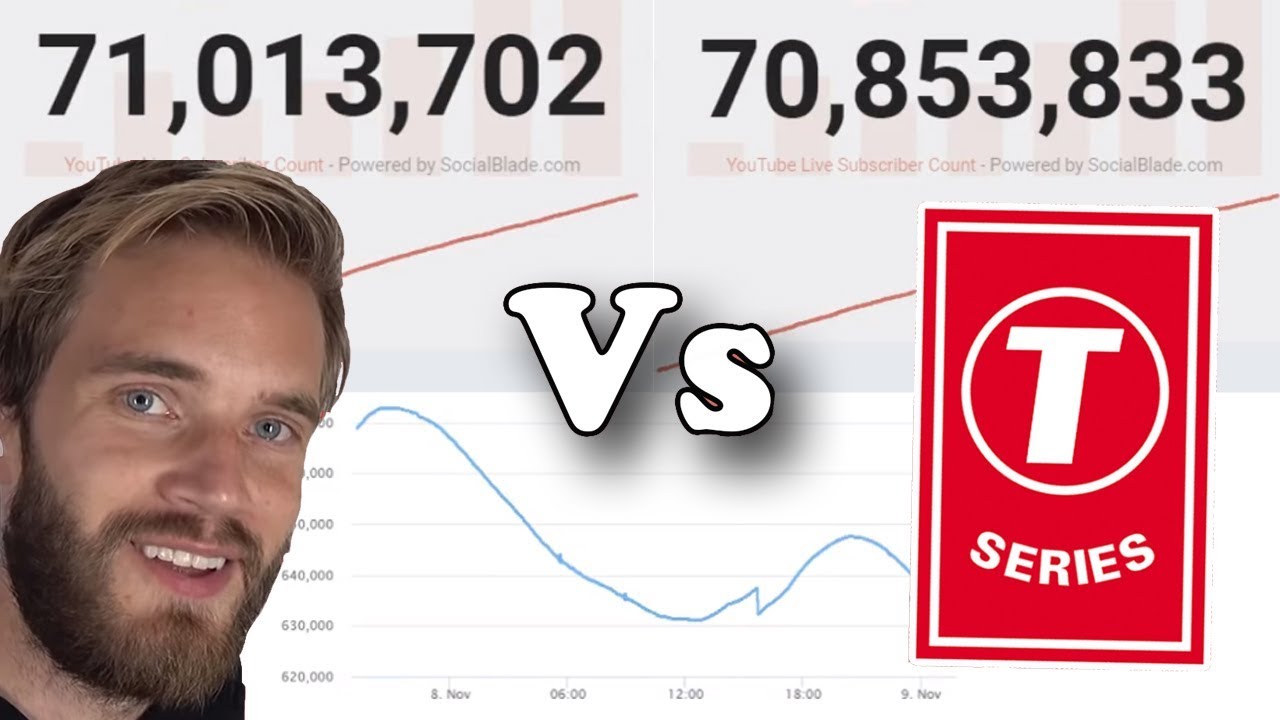 Let’s face it. We’re in the business of marketing and there has been a no bigger disrupter in our game in the past decade or so than YouTube. From creating YouTube stars to being the OG birthplace of influencers, it’s the streaming service crucial enough that when a big change happens, we pay attention. And right now, the biggest conversation about YouTube is the subscriber race to the top between two highly popular YouTube channels – PewDiePie and T-Series. Now, you might be familiar with PewDiePie, YouTube’s most subscribed channel since 2013, run by Swedish YouTuber Felix Kjellberg who is known for his video game commentary and comedy vlogs. But if you are left wondering what exactly is a T-Series, then you’re not alone.

To most non-South Asians T-Series is a jumble of letters that probably make no sense. But to millions of us around the world, it’s often our connection to the cities, towns, and villages that we leave to move elsewhere. Technically, it’s the YouTube channel for one of India’s largest music and film production company that has been around since the ’80s and ironically enough has a Bollywood-style origin story of its own. ‘Cassette King’ Gulshan Kumar, who built his business as a juice seller started this company in 1983 selling pirated cassettes of mainly Hindi film music. His business grew so big and so quickly that by 1990 he was a music producer on his own and releasing music for one of the biggest Bollywood hits of the decade. Aashiqui, which has already seen two remakes and remains one of the romantic soundtracks to come out of Bollywood sold 20 million units back in the day. Think of T-series as one of Hollywood’s big six studios but from India. T-series is such an integral part of South Asia’s and specifically India’s cultural landscape that anyone who grew up since then can spot its instantly recognizable white T in a circle on a red background logo from a mile. Over time, T-Series has moved from music producing into film production releasing some of the biggest grossers in the past few years. Moreover, its expanded into many other Indian languages like Tamil, Telegu, and Malayalam and also doles out fitness and children’s content. 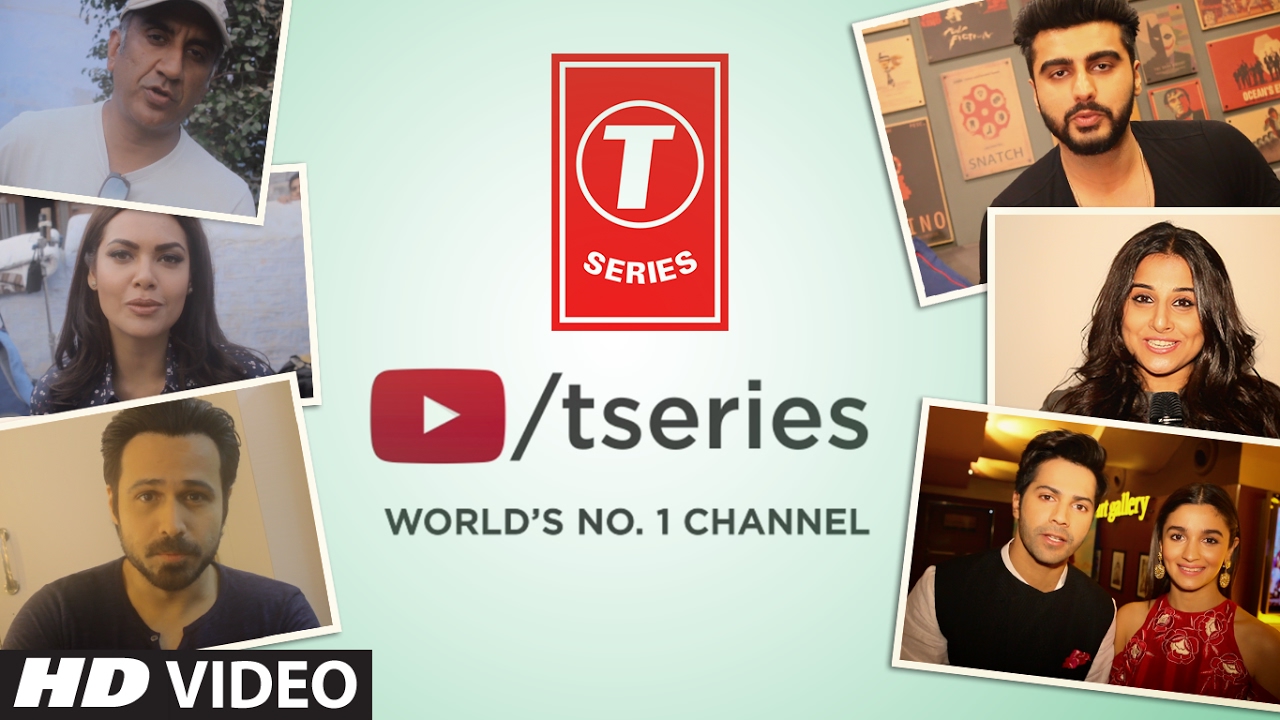 While YouTube has been popular in India since the beginning, low Internet penetration so far has stopped it from becoming the force it is in the US or elsewhere. Even T-Series started a YouTube channel only in 2011 realizing that South Asians across the world were going online to watch songs from their favorite current and old movies. But just in a few years, it’s already rivaling PewDiePie’s extremely popular and much older YouTube channel to become the most subscribed in the world. – It’s already the YouTube channel with most views in the world. To anyone who understands the power of Bollywood, this wouldn’t come as a surprise. Unlike what most US media and YouTubers stunned by its rise are pointing out, T-Series is more than a channel with ‘Bollywood music videos’. In more ways than one, it is Bollywood. It is among the first Bollywood production companies that organized and uploaded its entire library of content on YouTube. For people, both living in India and outside, who went online to look for their favorite songs and found grainy, low-quality uploads with jerky sound quality, T-Series’ high-quality uploads were a blessing. Not to mention that as slickly produced, multistarrer Bollywood movies started making millions in India and across the world, the songs that featured in those movies gained the same traction. To compare, PewDiePie’s most viewed video has 83 million views, while T-Series’ most viewed video has close to 565 million views. According to Mashable, T-Series has 94 videos that surpass PewDiePie’s most watched video when it comes to views.

Sure, it’s easier for a Bollywood giant like T-Series to surpass PewDiePie, who is ultimately an individual YouTuber, in terms of both content and number of uploads. Part of this rise is also attributed to the recent dirt-cheap mobile Internet arriving on Indian phones. But it also shows a growing trend of interest in Indian content across the world. PewDiePie and his cohort of fans and supporters have launched an intense campaign — peppered with predictably racist attacks and showy gimmicks – to keep him at the number one spot. But with T-Series gaining 145,000 more subscribers per day, it might become the number one subscribed channel (and the first non-English channel to do so) in the world any minute now — we’ll keep our eye on the various live streams tracking the numbers and keep you updated.

South Asian content is already more visible in our pop culture than even a few years ago. With T-Series, that might push our optics even further. As marketers interested in a South Asian consumer, there has been no better time to reach out to them than the present.

PS. Here is an absolute fire of a diss track released by Indian-origin YouTuber JusReign in response to the racist backlash against T-Series, adding even more heat to this already spicy ‘war’ taking over the Internet. Enjoy!

Asia Tech 101: Tmall Basics
Thank you very much for your interest in “8 Industries Disrupted by Asian Innovation and How U.S. Brands Can Benefit.”
Please enter the information in form below to access the report.
Scroll to top